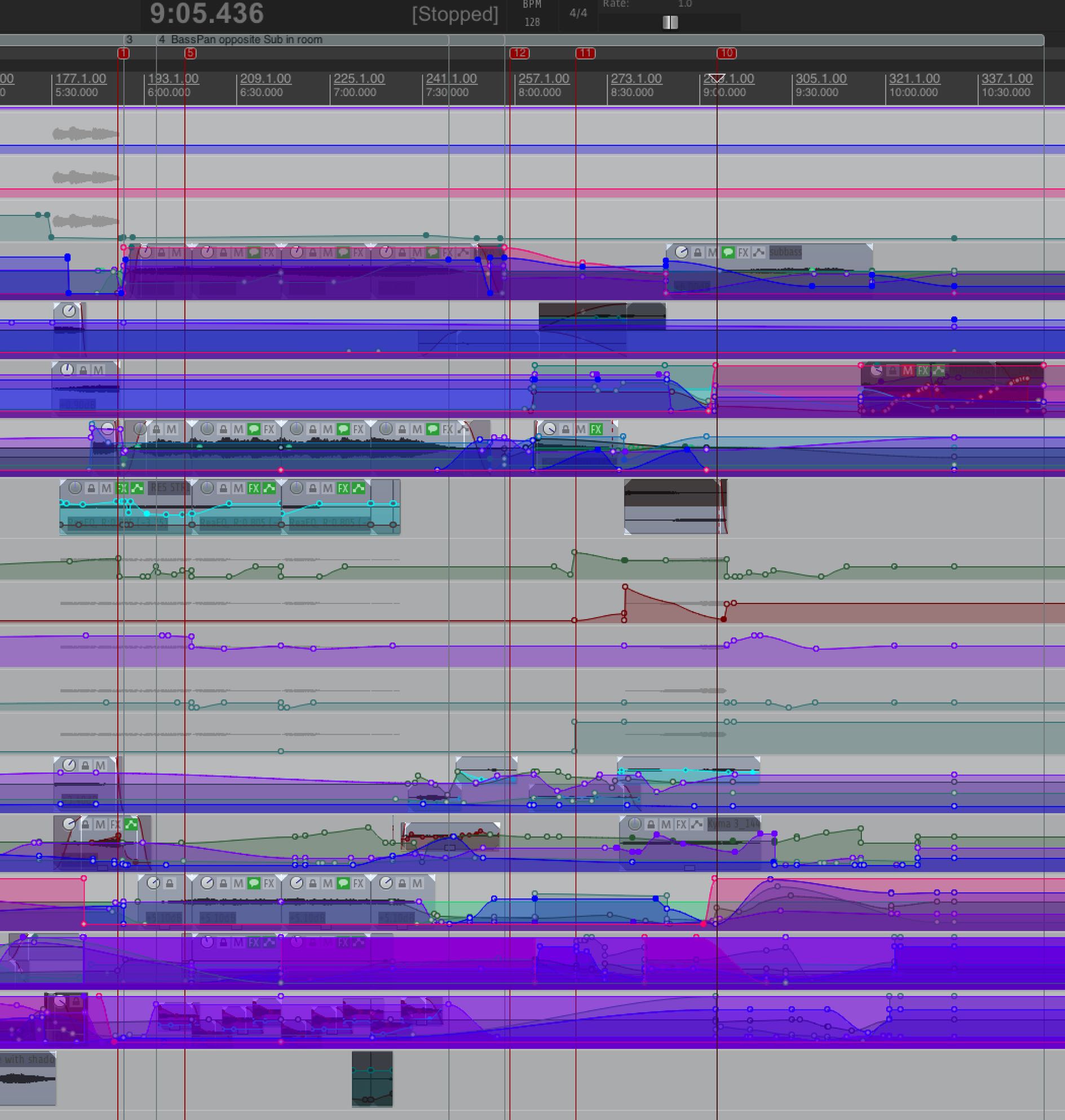 Control data can be sent via Open Sound Control (OSC) or through multiple SPAT Revolution plug-ins in your DAW. Parameter control can be played back from precomposed timelines, or performed, generated and captured in a variety of ways. One of the most straightforward ways is to set DAW automation on Write mode on a track that contains a SPAT Send plug-in, and use the graphical interface of the SPAT Room Editor to drag Virtual Sources around or turn source parameter pots. The movements will be captured into the DAW timeline in precisely the same way you would capture automation from a conventional DAW plug-in, like Reaper, Reavolution, ProTools, Nuendo, Ableton Live, Bitwig, or other.

Alternatively, a wireless OSC control surface could be used to control the parameters of SPAT Revolution in real time, whilst you stand in the middle of the sound system away from the computer. There is already fully programmed remote for SPAT Revolution:

If you are using Figure53 Qlab for show control, spatial effects can be sent along with the rest of the audio-visual cues for a big show or event (see “Third party integration” - QLab).

If you are working with algorithmic gesture generators and modulators then your control signals can be easily sent into the SPAT Renderer via OSC to distribute and control spatial sound sources in real time using your own control programs.

Get creative with spatial sound design using OSC and Spat