A computer running SPAT Revolution becomes a spatial sound rendering engine, hosting the entire SPAT software environment we are currently describing. Audio signals that flow in and out of SPAT may be connected to a hardware multichannel audio device connected to the SPAT host machine.

Interestingly, a multichannel audio stream flowing in and out of SPAT may not be coming from hardware at all, but instead connected through virtual IO from another software application.

In the SPAT environment, this is made possible by a special set of plug-ins that enable audio to flow through ‘virtual cables’ between a multichannel DAW and SPAT Revolution - both running on the same machine. This can become an ideal offline creation workflow for preparing content for an eventual complex hardware setup.

When you are not using the local audio path workflow, and instead working directly with a connected hardware interface, then you must set up automation manually.

The first step is to go to the SPAT Preferences and Enable OSC. 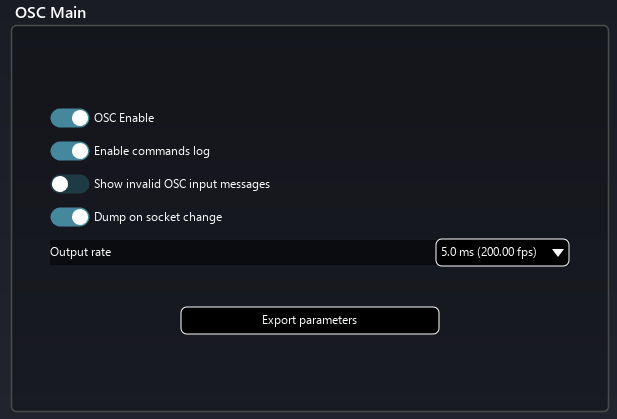 The port and host should match that of the SPAT plug-ins. By default, the plug-in ports are set according to the SPAT Revolution preset, requiring you simply to choose / set the IP address.

If you are running SPAT and the DAW software on the same machine, then the IP address is always the so-called LocalHost (127.0.0.1).

Remember that the index number of each SPAT plug-in links it to a virtual source with the same remote number - or in the case of a SPAT Room plug-in - it is used to identify which Room you wish to control.

!> Some systems require you to press Tab key and not Return after editing a field in the Plug-in. 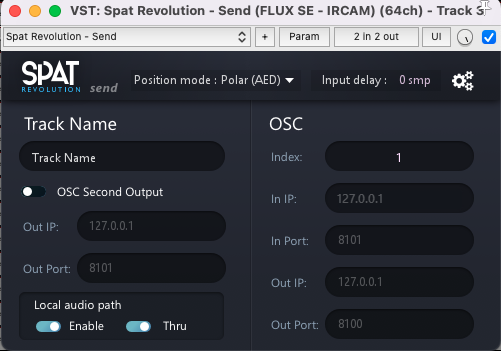 All send plug-in instances in one DAW will have the same IP and port number in the DAW, but different and unique Index numbers.