The main thing to note at the output stage is that you can have any number of output routes. Like the Inputs, they may be either direct hardware routes, which returns audio streams (via matrix routing) to the physical outputs of an audio interface connected to your SPAT Revolution workstation. The Hardware Output workflow is the most direct way to render in realtime to an actual loudspeaker system (or headphones).

!> Software outputs are created by the instantiation of a SPAT Return plug-in in a compatible DAW, when its local audio path is set to “on”.

Outputs may also be linked to SPAT Revolution RETURN plug-ins, which returns audio streams internally on the same workstation to a valid SPAT RETURN plug hosted in your DAW. The software RETURN workflow offers an easy way to render the spatial scene to disk, as Ambisonic encoded, Binaural encoded or Sound system encoded multichannel audio. 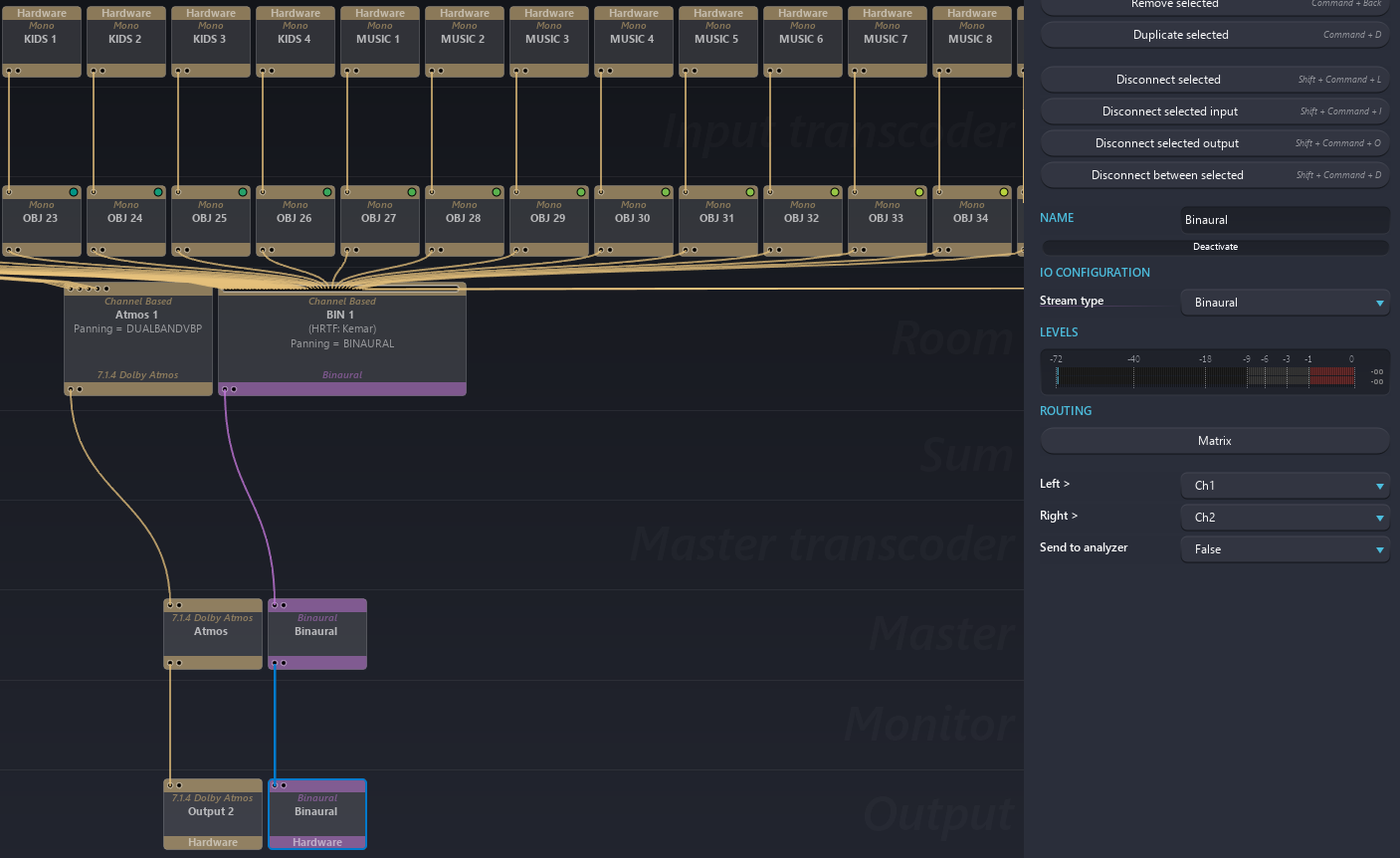