Simply put: Ambisonics is a specific method for creating, capturing and playing back spatial audio. It is radically different from other surround techniques as the technology is capable of reproducing a spherical representation of sound where the directional information of a source is located in a 3D soundfield.

Ambisonic is also both a recording and a spatial synthesis technique, where one can capture the full environment in 3D sound through the use of so called A-Format microphones such as the: Soundfield SPS200, Røde NT-SF1, Sennheiser Ambeo, Coresound TetraMic and more. Alternatively, a sound field can be synthesized from any mono, stereo and multichannel sources to Ambisonics, constructing a virtual 3D sound environment by placing the sources at locations in a virtual 3 dimensional field. 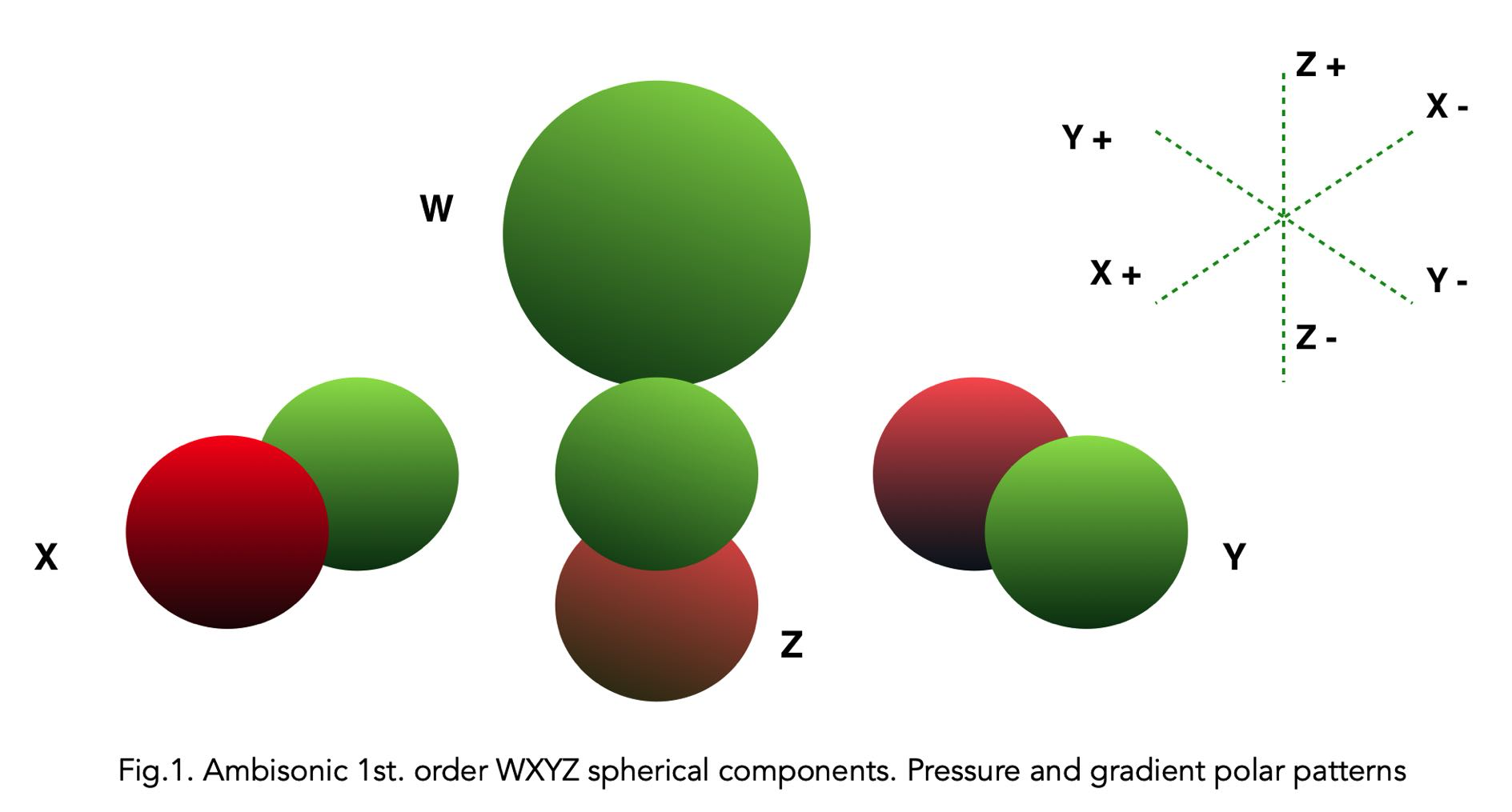 Ambisonic, as opposed to other surround and spatial techniques and methods does not carry a speaker signal. It is an encoded audio signal that has to be decoded to listen on speakers. This encoding / decoding scheme has the advantage of being very portable and flexible since one is not tied to a specific speaker setup. i.e., you can have your ambisonic mix played on a number of speaker setups, for instance quad, headphones (binaural), 5.1, 6, 8, 7 speakers, etc. based on the chosen decoder.

When Ambisonics is played back on speakers, all the speakers contribute to the directional content, what one is hearing is not the sound coming from a specific speaker but from a specific direction. 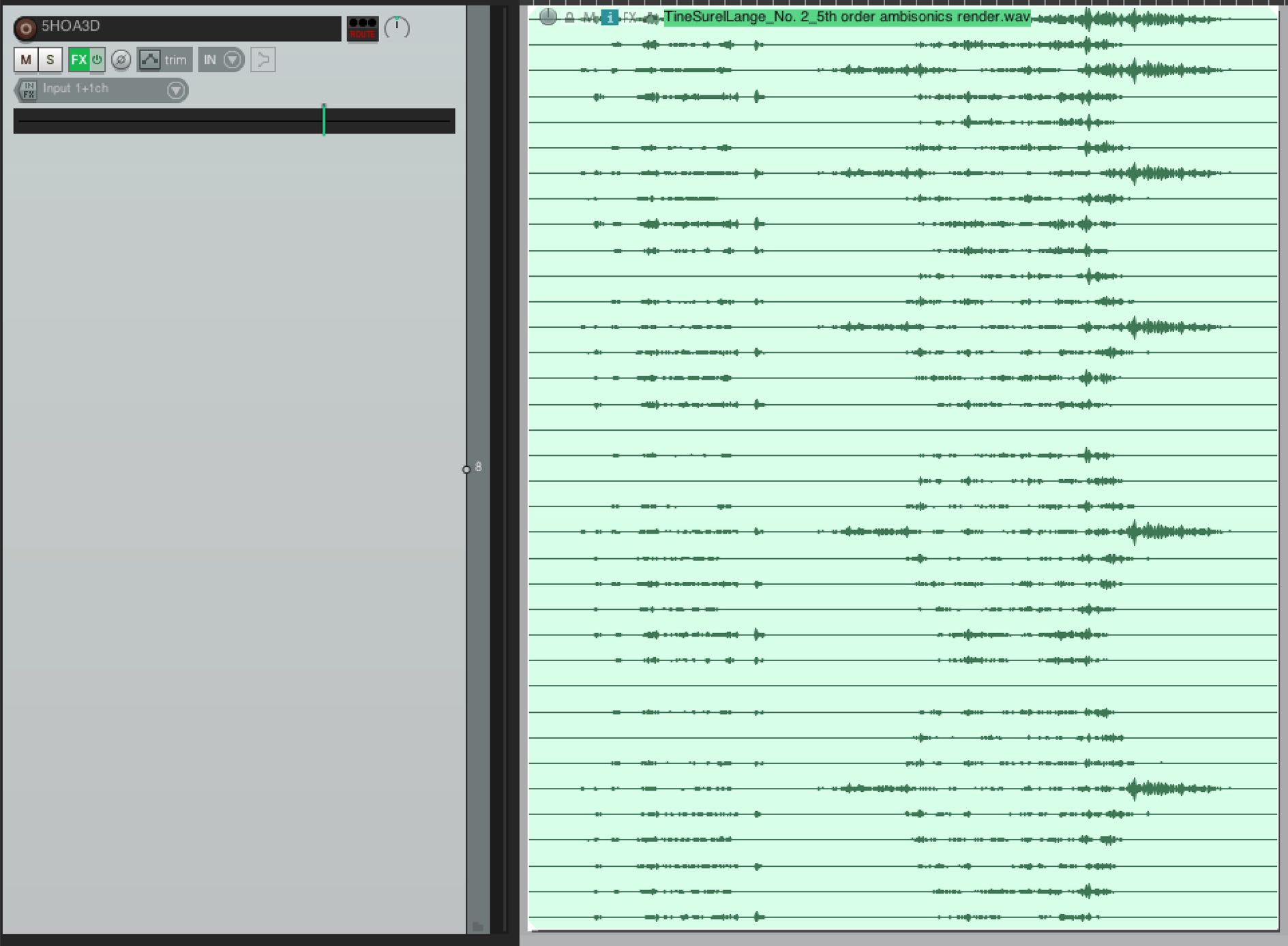 Ambisonics is a technology that encodes sound sources along with full-sphere positional information, as complex interleaved audio files that need decoding before they can be listened to on speakers. The lowest order, order 1, and the simplest form of 3D Ambisonics require 4 channels, conventionally named as:

The 4 channels or spherical components W, X, Y and Z can also be described as the pressure patterns found in an omni-microphone (W) and three figure-of-8 microphones for left/right (Y), front/back (X) and up/down (Z) as depicted in the above figure.

High Order Ambisonics (HOA) needs more channels to contain the complex interleaved Ambisonics domain information. The components’ count increases with the order: WXYZUVSTRPQNOLMK… High Orders encode and decode into sharper and more accurate spatial information as the Order gets higher - but the number of channels needed to hold all the ‘spherical harmonics’ along with the serious computation involved increases quickly.

3D full sphere HOA channel counts are defined by the function (n+1)^2 (where n is the Ambisonic Order).

Ambisonics can also be encoded without elevation - this is called 2D horizontal and is quite suitable for decoding to configurations that do not have speakers on elevated planes. The 2 dimensional Ambisonic data is encoded in multichannel files with a channel count defined by the function 2n+1 (where n still is the Ambisonic order.

!> With Essential license, 1st, 2nd and 3rd orders are only available.

These different components are organised according to different standards, known as sorting. The three most used are available in SPAT Revolution:

Different normalizations exist also with ambisonics. This normalization defines the relative level of the omni component compared to the other channels. It differs according to the dimension of the Ambisonics:

To help with these different standards, we have created Ambisonics presets to simplify the use of it. These setups the normalization and sorting with common standards:

!> Do not forget to transcode the ambisonic input if the format is different from N2D/N3D and ACN. 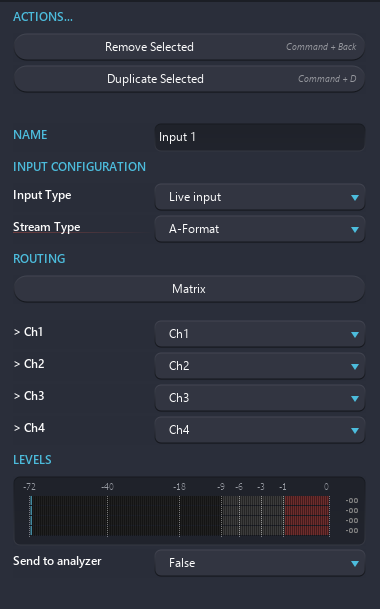 A-format is a 4-channel audio stream. It is the RAW output of a first-order ambisonic microphone, so it has not been encoded to ambisonic yet. So we need to transcode a A-Format input to an HOA or a channel-based stream. Because each manufacturer has their own strategy to create such microphone, we have almost as many transcoder as A-format microphone builder. SPAT Revolution comes with a comprehensive list of A-Format transcoder, including Sennheiser Ambeo, Soundfield, DPA, Oktava etc.

Ambisonics was originally developed by the late British mathematician and sound engineer Michael Gerzon and others in the 1970s. Although it was a commercial failure at the time, this very powerful spatial technique has since been advanced greatly by a number of composers, sound designers and researchers. With the introduction of Virtual Reality, fast decoders and related technology, Ambisonics is getting a new renaissance being a perfect format for such applications.

If you want to learn more about Ambisonics and its mathematical foundation here are some good starting points: